The village of Brighstone enjoys a favourable position midway along the 12 mile stretch of The Isle Of Wight’s south west coastline. There is evidence of settlement as far back as the Bronze Age, 4000 years ago, although this evidence is mainly confined to burial sites on the downs to the north of the village.

The Romans certainly found the area to their liking, testimony of this being the discovery, near the foot of the downs, of the remains of a significant farmstead building of the period 200 to 400 AD. 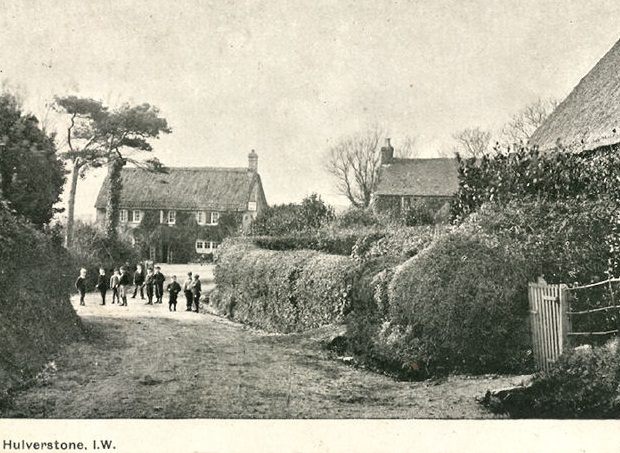 The early 1900’s saw improvements to existing roads and the Military Road along the coast was largely rebuilt in the 1930s, being finally opened to the public after WW2. 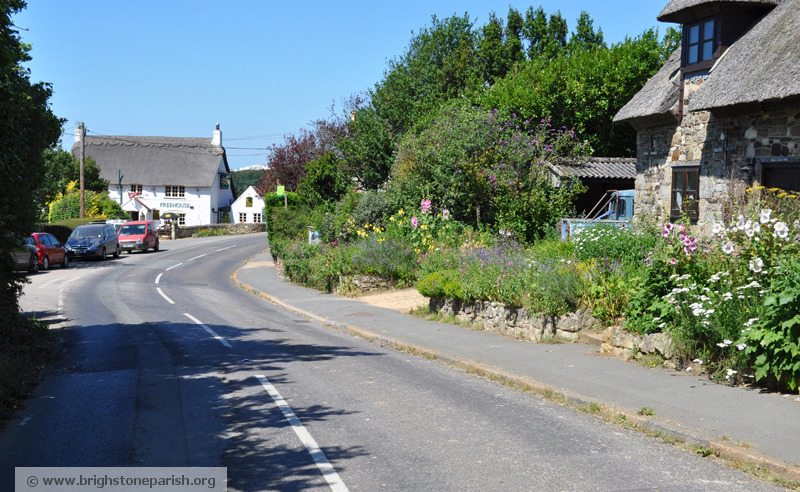 In 1990 the parish celebrated the 800th anniversary of the church of St Mary in Brighstone. The church was originally a simple Norman construction with no tower or chancel and these features together with the south aisle were added at the end of the 15th century. The old beams which span the roof are believed to have come from a ship wreck and one of them is carved with the date 1664 and the initials of Thomas Wavell and Joseph Bull, church wardens at the time.

Through most of the 19th century, Brighstone village had two public houses, The Five Bells and The New Inn, both standing side by side in the village centre, The New Inn was an earlier name for the present Three Bishops whereas the Five Bells ceased business at the end of the 1914 – 1918 war and its premises are now occupied by a hairdressers and a village store.

(The above extracts are from Brighstone Village, Isle Of Wight: An Island Village Full of History and Memories)

Brighstone War Memorial in front of St Marys Church records the names of 18 men from the village who made the ultimate sacrifice in the 1914-18 conflict.

In addition the Roll of Honour inside the Church records the names of 93 Brighstone men who took part.  This Roll of Honour has been the subject of extensive research by locals Paul Bradley and Brian Hailstone resulting in an Exhibition in Brighstone Museum in North Street.  The Exhibition is free and runs from 4 August to 20 December 2014.  Access is through the Library which is open on Tuesdays (9-12.30), Thursdays (1.30 – 4.30) and Saturdays (10 – 4). 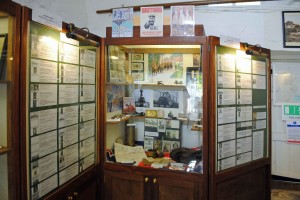 The expanded Roll of Honour also includes 11 Brighstone men who fought but were omitted from the Church Roll. General Jack Seely (of Warhorse fame) and Nurse Edith Appleton  (the subject of the bestseller “A Nurse at the Front”) also lived locally and are included in the display.  The research identified a further three men who died for their country.